Who am I? Where do I come from? What did my ancestors do? What does my background look like? So many questions, so little time. Roughly eight weeks ago, I decided to get those questions answered by taking a simple DNA test. I was in my local Walgreens one day picking up my medications and just happen to glance at the 23 and Me DNA kit. I was a Curious George and said “Why not?” It wouldn’t hurt to find out more about myself and my heritage, right?

So, I purchased the kit and had it registered through 23 and Me and waited for eight weeks for the results. I knew that German, Irish and Polish run in the family and when I got the results, I had some surprises in store for me. There are two options when you do the kit, you can either get the simple DNA and ancestry report or upgrade and get a more detailed reports on what conditions are genetic or hereditary in your family. I will upgrade it but, I will do that later. It’s a little pricey to do the upgrade. Think of an extra $100 instead of the basic $69 that I paid. 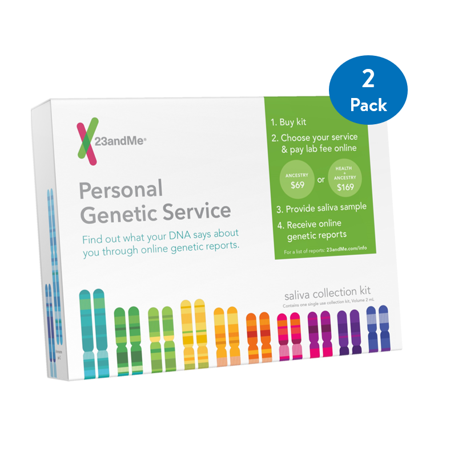 This is the kit that I used. You can pick this up anywhere in your local grocery store or drug store. It’s pretty easy to use. You have to register the kit online and follow the instructions. You do have to spit into a little cup and seal it. Then send your sample in the mail and wait patiently until your results are completed.

Imagine my surprise when I was at work and I got the email saying: “Your results are in.” I jumped for joy in my office chair during my lunch break and was anxious to see what the results were.

3.8% Scandinavian (Danish, Norwegian, Finnish, Icelandic, Faroese or all the above?)

0.8% Iberian (Wow!) (Does that mean I’m a tiny portion of Greek, Portuguese or Spaniard?)

0.8% Southeastern European (Am I Italian, Iberian, and Baltic?)

Long story short, I’m a European! This is where my ancestors came from.

I got to tell you that I was surprised that I was French, British, and Iberian. My last name is Gasser. Gasser is a Swiss German and Ashkenazic Jewish name. German and Swiss German (also Gässer) and Jewish (Ashkenazic): topographic name for someone who lived in a side street or alley, from a derivative of Middle High German gazze, German Gasse, Yiddish gas as found on Ancestry.com.

My mother’s maiden name is Schroeder. Schroeder is a North German name. North German (Schröder): occupational name for a cloth cutter or tailor, from an agent derivative of Middle Low German schroden, schraden ‘to cut’. The same term was occasionally used to denote a gristmiller as well as a shoemaker, whose work included cutting leather, and also a drayman, one who delivered beer and wine in bulk to customers; in some instances the surname may have been acquired in either of these senses. This name is widespread throughout central and eastern Europe. Also found on Ancestry.com.

The part about a Schroeder that delivered beer or wine in bulk makes a lot of sense. Living in Wisconsin, we love our beer and cheese. I guess that’s where my love of beer comes from. Probably the Irish part, too.

I did some research on my first name and was surprised. I knew Jennifer is a Welsh (English) name that means “The fair one” or “White wave.” OK. I guess that means I’m plain or just fair???? That’s probably where the British part of my name is from. Again, my mother loved the name and every girl in school had this name. How many Jennifers do you know? Too many. What I didn’t know was that this was a common name used since the 18th century. Whoa. I know Jennifer is popular (especially in the 1970’s and 1980’s) but didn’t know it was the most common name for that long.

So I now that I think of it I should just go by the following because of my heritage: Guenièvre, Ginevra, Genia, Ginevra, Ginebra. I should change my name on my apron at work. My middle name is Lynn and that’s an English name. Funny, with this one is that this name used to be more common for boys than girls. Weird isn’t it. But intriguing.

This ancestry journey is quite interesting and may need to look into creating a family tree. But that would be another project in its self and would take up more time than I have right now. For now, I guess I should start exploring new territory by learning different languages such as German, Danish, French, Swedish, Polish, Greek, Portuguese? I do know a little Spanish and I have a lot of friends and co-workers that are Spanish. Personally, I would love to travel overseas and see where my ancestors came from. That will be a dream. A dream worth saving up.

The funniest thing that I noticed was that 1026 DNA relatives of mine are mostly located in Texas (besides, yours truly!), California, Wisconsin (No surprise), and all over the US and five of them live in Canada (our neighbors to the North!). Wow! Aside from a long list of immediate relatives, I have over 1,000 third and fourth cousins and a lot of fifth and distant cousins, too. Do I have some royal blood in there? I have British ancestry, so who knows.

One of the funniest tidbits were the following on my ancestry reports:

Honestly, I don’t where 23 and Me gets this info, but I can relate to a lot of this.

But for $69, why not take the chance and see what’s in store for you. You just maybe surprised!