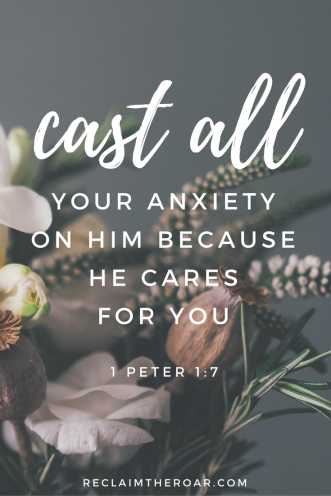 After my breakdown in 2005, I noticed that I was becoming more depressed, but mainly more anxious and always in a constant state of panic. As if my luck couldn’t get any better, I got the official diagnosis Major Depression (was first!), then came its ugly step sisters (like in Cinderella): Anxiety and Panic disorder. I will tell you that living with this on a daily basis (24/7) for years, really SUCKS! While I was in recovery, I was placed on medications and before those medications kicked in order to help do their job, I felt weird. When I say, I felt weird; I mean, I had the urge to go nowhere.

The townhouse that I lived in at the time was my sanctuary. I refused to leave my home mainly because I was afraid to suffer an attack in public. FYI, I’ve had many attacks in public! And most people look at you like you’re strange when you get one. For six weeks (while the medication kicked in), the only time that I left the house was to go to college classes and work and nothing else. Any shopping such as grocery shopping, I had someone else to do that for me. Thank you, Mom and Dad!

I suffered multiple panic and anxiety attacks daily before the medication started working. I’m talking about attacks that lasted all day long with no breaks! Anxiety as well as panic attacks take no vacations at all. I remember I would in bed, I was up all hours of day and got zero sleep and pretty much isolated myself in my room. I didn’t want to see nor talk to anyone and pretty much alienated my friends and family. Each attack was different from the next. Some would last for a few minutes and others would last for a few hours. Yes, you read that right!

When panic attacks hit me, they tended to last longer than anxiety attacks. My heart would pound so hard out of my chest, I would sweat both hot and cold sweats, I would get a fever or chills, and my stomach was always upset. (The bathroom was also my sanctuary, too. I felt safe in there, too.) Sometimes, attacks would get so bad that I would have trouble breathing, experienced chest pains, and sometimes my left side would go numb to the touch. Annoying, isn’t?!

Let me tell you about anxiety attacks. I HATE those! I HATE them with a passion. You have no idea of how much I loathe it when my mind starts racing. Especially, at night! It’s like ready, set, go! I don’t like when my brain is cluttered with too many thoughts. It’s like your email that’s filled with messages including junk emails. Some thoughts are actual thoughts pertaining to reality like work, expenses, and etc. Other thoughts were weird, and irrational ones. It took six weeks after the diagnosis for me to go back out in public officially. I’m not a big fan of crowds in general, but what I don’t like is a lot of people around me when I’m working. Typically in retail, weekends are your busiest days of the week and tons of people will do their shopping. Every time a customer came in and started asking me for help concerning a product, I would get anxious. Sometimes, anxious would turn into fear. Fear would turn into anger and then send me into a panic when customers would yell at me for no reason. One time, a customer was so angry that he couldn’t return his dishes because they were over 10 years old, and wanted it replaced but his product was non-existent.

Retailers have specific return policies (they aren’t all that complicated!) and I told him in a simple professional (easy) tone that I can’t return it because the product is no longer available. A reasonable customer would’ve accepted that and moved on. But NO! This guy proceeded to bring out his “outside” voice and pretty much threw a tantrum like a complete child and stormed out of the store. After he left and after calling me derogatory names (people are really nasty to retailers!), he stormed out and threw those old dishes onto the concrete floor outside my store and they shattered into a million pieces. Remind you, this was a busy shopping weekend filled with many people with families and this guy scared the crap out of all those shoppers. Some thought it was a gunshot that went off and I saw people running towards the exits. Security came by my store and I relayed the story. But I had to sit down for a while because I was in full-blown panic and anxiety mode. Honestly, who acts like a child when you don’t get what you want? I thought Mick Jagger and the Rolling Stones said it perfectly: “You can’t always get what you want.”

I’ve had attacks (both anxiety and panic) in public and let me tell you, that it’s no fun. If you’ve never experienced attacks like these or seen people get them, then you don’t know what it’s like. Sometimes, I feel a little embarrassed when I get them in public especially at work. I will say: “Excuse me for a second, I feel a panic or anxiety attack coming.” And I hate it when someone with good intentions says: “Oh, you poor thing.” Thank you for caring. One time I got one of the blue at work and a customer said to me: “Well, are you just going to stand there or take my order?” I was like: “Excuse me, if my health isn’t important to you, but it is to me.” Out of the blue attacks are frightening and they are no fun. I was very offended by that customer’s lack of empathy and lack of patience. All she cared about was her damn drink. So rude. What scares the crap out of me are when I get attacks while I’m driving. Try driving down the road on a busy freeway with multiple lanes and an attack occurs out of the blue. Better yet, try having a car rollover in front of you while you’re driving 65mph on the freeway on the way to work with a panic attack already in progress! This has happened to me twice and I nearly had a heart attack both times. I had to pull over and physically and mentally pull myself together. I could’ve thrown up from the excitement. Another time, I was heading home and just got onto the freeway doing 65mph and the lady next to me, did a complete 180 because her tire blew out. Again, could’ve died if I didn’t swerve and I pissed off the “Fight or Flight” again for the billionth time. But what can you do? Life has to some many twists and turns.

There were times where I didn’t want to face anyone including customers at work and co-workers. I understand that everyone has their moments. We all have bad days, but remember, when you’re in public please act accordingly. Don’t be obnoxious and throw a tantrum. What that guy didn’t know was that he caused my mental health to hit a downward spiral and this was after I was in recovery. I could’ve relapse and harmed myself. My anxiety, depression and panic attacks went through the roof. So whenever I’m in public and I experience rude people (which is everyday), I will tell you to take your attitude elsewhere. I have zero tolerance for unruly behavior. I’m not your punching bag. You can find one of those at your local gym or fitness center.

Typically, what I do to help overpower agoraphobia are various methods that I use (Again, pick what works best for you!):

Just know thought that living with mental illness is tough and it’s tougher because of the social stigma. But think on the bright side. Surround yourself with people who love you and are positive. Being around those wonderful people really helps!

Funny thing about baby steps, I love this movie! If you haven’t seen this movie, you need to! I laugh so hard every time I watch. It’s still a classic after 25+years.

Posted by No Laughing Matter Living with Depression on Monday, August 27, 2018

Let's talk about mental illness. Meet a survivor of the Triple Threat Disease.

The beginning of the end

Sharing my journey from the beginning.