Just say NO to self-destruction!

Do you remember when the (late) former first lady Nancy Reagan started this campaign “Just Say No”? If you don’t, then look it up! Otherwise, flashback to the 1980’s and 1990’s, when she started this campaign to educate people about not using drugs. Even DARE is also passionate about keeping people from using and abusing drugs. I still remember when I was in school when a local DARE volunteer came in and talked to us about drugs.

Unfortunately, when you have mental illness (whatever type you have) one of the most important things that one shouldn’t do is drugs nor alcohol. For some people, they abuse drugs and alcohol to help alleviate their demons to the point where they feel nothing. Typically, people that abuse drugs and alcohol will have an underlining problem such as depression or anxiety or some sort of mental illness. Some will often go untreated and that can cause some to become violent and also the urge to commit crimes.

And I know people can pressure you into doing drugs and sometimes we hang out with the wrong crowd, but we still need to be empowered enough to “Just Say No”. When you have mental illness, abusing drugs and alcohol just makes things even worse.

During my school years and college years, there were kids that offered me smokes, drugs, and alcohol and I simply said: “NO!” Every time. Even during my “blue” periods, I still have the same answer. No thank you!

Throughout my career especially at Starbucks, I’ve seen way too many people come to the store under the influence of both drugs and alcohol. No joke! For example: Recently, I saw a customer in drive thru with an open container of booze. (You have no idea how many people I see daily in drive thru with alcohol or drugs on them.) You drink coffee to help sober up, right? If sleeping it off doesn’t help! At my old store, there was a gentleman that’s only a few years older than me, and he’s a fully functioning alcoholic and heavy smoker. He admitted this to me. He works long hours and is a truck driver. He would come everyday at 4:30am for his two large lattes and then sporadically, come back throughout the entire day for more. He would consume over 10-12 lattes a day and remember large sized lattes have two shots of espresso in them. Yikes, when you add up the total amount of caffeine! FYI, when he wasn’t working, he was smoking and drinking heavily. At my new store, I have two alcoholics that are both homeless and will panhandle at the corner for money. Whatever money they get, they will head to the local liquor shop two doors next to us and will drink on our property. Why chose a coffee shop’s outside patio in 100 degree weather to drink yourself to death instead of a local bar? That’s beyond me. I do often wonder what happened to these two gentlemen and why they’re doing what they’re doing. It’s sad when you think about it because everyone has a story. And something must’ve happened to them to cause these two drink heavily.

I’ve been scared straight when it comes to drugs and alcohol. I’ve seen what they’ve done to people. My maternal grandparents abused alcohol and smoked (very) heavily. When I say heavily, I mean you could walk into their house and it was black because of the smoke. I know that they had some sort of mental illness because when they fought, it was always violent. It was verbal, mental, and physical abuse going on in there. So their choice was to drink and smoke themselves to death versus going to the doctor and seeking treatment. At the time, they didn’t believe in going to a shrink’s office and probably thought it was just a load of crap. My grandmother died at 60 and honestly she looked like she was around 80 years old. No joke. All of that abuse aged her dramatically. You get so addicted to that particular poison (as I call it) that you have to have it with you at all times. If you’re a smoker, you carry your smokes on you and you crave for that sweet release of nicotine. If you’re a drinker, then you carry your best friend where ever you go. I’ve known people that will hide their choice of “poison” in their pockets, backpacks, and any other place you can think of, so it’s right there for the taking. My two homeless customers will hide their booze in their own cup and order a coffee or tea and mix it together.

Personally, smoking or vaping is a huge turn off for me. When I see someone smoking or vaping, I get sick to my stomach and it really aggravates my allergies. But if you smoke, that’s your choice! Not mine. Same thing with drinking or using drugs. I’ve been drunk before and I don’t like being hungover and constantly making endless trips to the bathroom. The feeling of “intoxication” is great and it relaxes you, but it also makes you sick. When I do drink, it’s in moderation and is done discreetly. I will have a beer or two at a ballgame or a drink at dinner, but that’s it.

I remember one time when I was in the ER, and there was a kid next to me that just turned 21 and he came in because he fell outside a nearby bar. He was so drunk that he and his friends were walking outside the bar when he fell and he slammed his head on the concrete. OUCH! He sustained a nice head injury (a pretty good bump on the head) and had to have an MRI done on it. He was so intoxicated that he had to have his stomach pumped (gross by the way!) and had to go through a lot of tests. His friends and family were hysterical and thought he was going to die because his blood alcohol levels were more than twice what it should be and it really scared me.

How you handle your inner demons is different for everyone. Believe me, I’ve seen what people have done to help control their demons. I’ve seen people turn to drugs, alcohol, and witnessed a couple of suicides. I love the feeling of having no stress, no anxiety, and no depression; but is it really worth it to make matters worse by adding drugs and alcohol to the mix? For me, I won’t touch any of that stuff. I’ve hit rock bottom many times and never once did I turn to self-destruction. But I’m guilty of turning to food to help me cope with my demons and causing myself to become overweight now. I’m not perfect either. I’ve been fortunate that during dark periods, suicide was never something that I thought of. I’m glad. My mother scared me straight on that one. Also the suicide of one my fellow classmates in high school terrified me so much. My mom has attempted suicide many times because of her depression and schizophrenia. For me, I believe that the only one to say that my life is over is God. You can believe what you want to believe. But I believe that he’s the one that says: “Your time is up.” And because my spirit belongs to Him and no one else.

One of the major things that I learned in therapy are “Coping strategies” and “Changing your ways of thinking.” How you handle a situation is crucial. If you experience a traumatic event such as witnessing a crime (like I have recently) or whatever, what do you do? How do you handle tough situations? Unfortunately, this incident occurred at work and I stayed calm and professional. Believe me, seeing someone brutally stabbed in the stomach is terrifying, but I knew I had to call the police and handle the situation the right way. I was able to separate the two parties (without incident!), applied pressure on the victim’s wound, I was comforting the victim and the family, and also talked to both parties about how violence is never the answer. My boss was very in awe of the way that I handled the situation. I kept my cool, did the right thing, and shut down my store so no one else got hurt. Trust me after that incident, I got PTSD and bad migraines. I wasn’t surprised! My body was saying: “OK, we just witnessed something bad!” Whatever life brings you, take a deep breath, relax and find a healthy way to deal your inner demons. Believe me after witnessing that event, I could’ve hit the bottle if I wanted to, but I didn’t. I had the strong urge to down multiple beers after that day, but I was able to instill some self-control in myself and resisted the temptation. Changing the way that you think is always helpful. If you think positive, you’re going to be positive. I believe that everyone has a fighter inside of them. A fighter that keeps fighting the good fight when going gets rough.

Remember, there’s always help available! There is so much information about the correlation between mental illness and drug/alcohol abuse. Don’t be afraid to speak up and get the help that you need because we only have one life. That’s all. 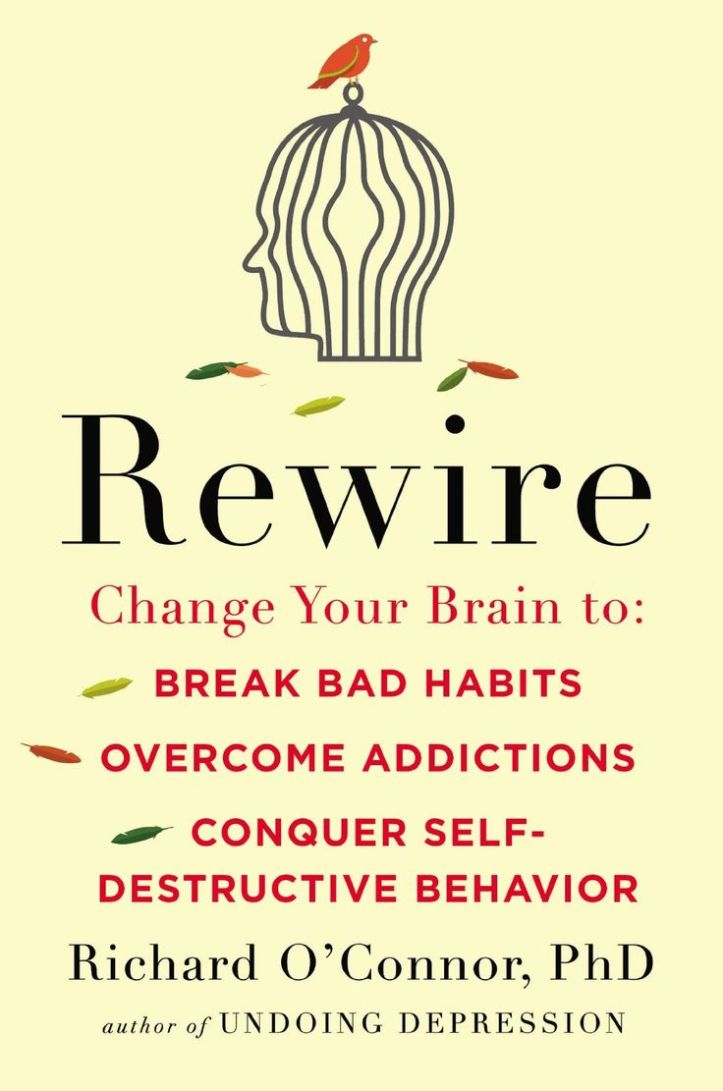